What Is the Model United Nations Project?

The Model United Nations Project is one in which each student is assigned a country, such as the United Kingdom and required to write a solution to major issues that are problems in the world today.  We first researched our given countries, then wrote about our country’s perspective on the given issue.  After we researched our countries perspective, we wrote United Nations style resolutions from our countries point of view.  We then embodied our countries at a final UN conference where we used parliamentary procedure and delivered speeches to try to win other delegates to our side.  Finally, we voted for the various resolutions we proposed
1.  What would you tell another student if they asked why the MUN project was important?

I would tell the student that the model United Nations is one of the most rewarding projects.  It not only reinforces the use of professional language in essays, but also in speaking.  The MUN helps a student improve his or her public speaking abilities.  Through the project students connect to issues in the world today.  It supports out-of-the-box thinking in envisioning solutions to these real world problems with which today’s leaders struggle.  Students learn real world skills such as consensus building; parliamentary procedure, which is used in most types of government; and researching expertise.  I believe that this is one of the most important projects in which a student can participate, because it impacts so many vital skills.


2.  Which HOHAM were you most proud of using during the conference?


3.  What was the greatest challenge you faced in the project and how did you work through it?

The greatest challenge I faced was writing a solution to problems that the real United Nations members haven’t solved.  For the first issue that we were tackling, which was North Korea’s nuclear weapons, I struggled to conjure up a solution that I thought would satisfy both North Korea and the world, but also followed the United Kingdom’s perspective on the dispute. To help envision a solution, I started looking at what has already been done.  I found out that the United Kingdom has several education programs in North Korea.  I thought that it was an interesting idea that hadn’t been tried before, so I decided to base my resolution on that positive aspect.  For the second issue I tried a similar approach.  With the Israel-Palestine Conflict, I found that the UK supported the idea of partitioning Israel using the borders of 1967; this concept was then the center of my second resolution.  Although it was challenging to develop solutions, I persevered in researching and writing my resolutions.


4.  What was the most interesting speech, resolution, amendment, or comment by one of the delegates? 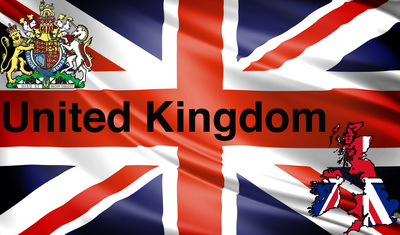